Snowbike, a new way of enjoying the slopes and much more!

What is a snowbike

In recent years on the slopes you can see all sorts of vehicles, more or less similar to a bike and more or less tried and tested: the skibob, used by the majority of workers on the slopes to move from one ski-lift to another, is a handcrafted product created essentially for “working” purposes; the snowscoot, undoubtedly more professional, similar to two halved snowboards which is ridden standing up, or the skibike, a special frame similar to that of a dh bike frame, with a classic single-plate or doppiapiastrauble-plate fork and two mini-skis or snowblades at the base. 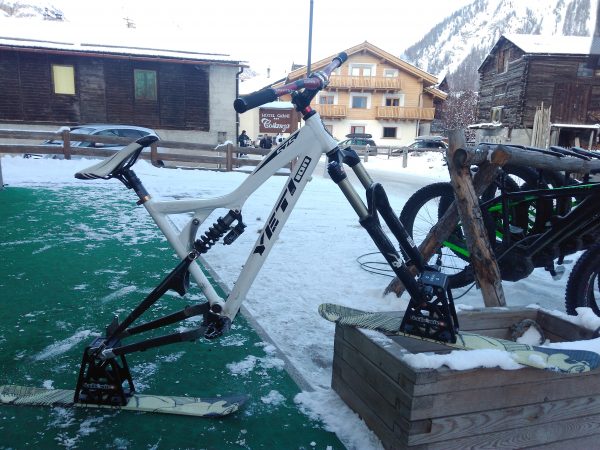 The snowbike that we use, on the other hand, is a traditional enduro or dh frame assembled with a classic fork (at least 150 mm suspension travel is recommended) from which the wheels, brakes and gears have been removed, and then a “Bullskate” kit is fitted, made by a Swiss company that for some years now produces this system. Briefly, this involves assembling two side plates onto a horizontal plate positioned on the snowblades. All this is assembled onto the frame and the fork using  the original axles of the bike. Instead of the bottom bracket there are two footrests similar to those found on motocross bikes, which allow you to stand up while riding it. This gives us the possibility of transforming our enduro or dh mountain bike, in order to use it on the ski slopes, when otherwise it would not be used for several months (above all, for those who like us in Livigno, live in a winter ski resort), all at a relatively low cost. 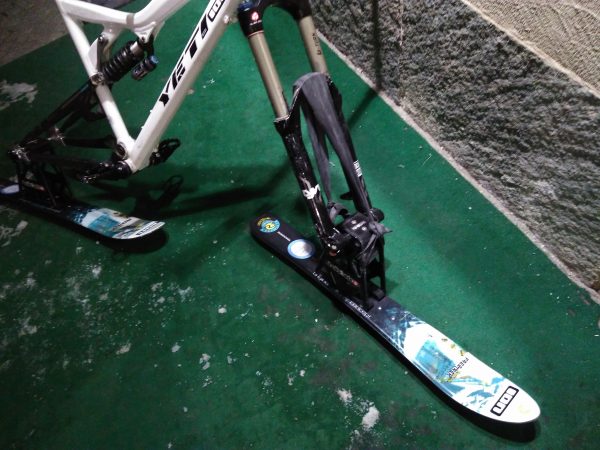 After four years of use, we can now say that it has been tried and tested as well as giving us much enjoyment and lots of thrills! 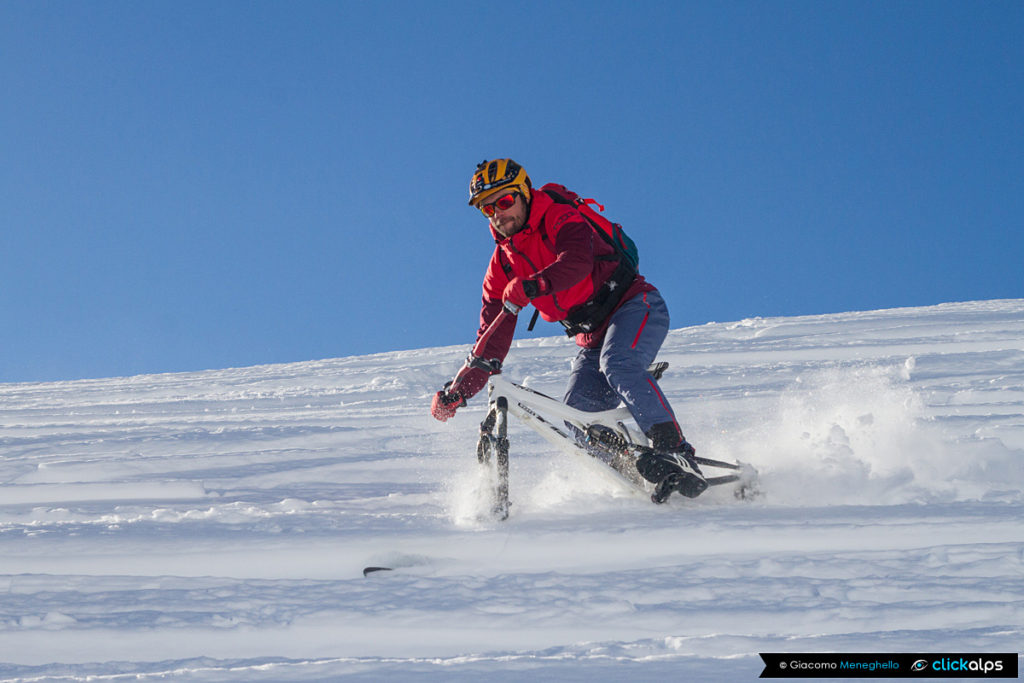 It’s a bit like riding our enduro or dh bike, but we must bear in mind that we don’t have brakes, so we have to “zig-zag” using the edge of the mini-skis. At the beginning in fact, you do a lot of “skidding”, specifically for learning how to brake and consequently to stop, using the rear ski. In time you acquire skill in using also the front ski allowing you to ride longer standing up, with both feet resting on the footrests. The sensation of riding is really very similar to riding a bike: for example, if we go off-piste we follow through the humps and dips by “pumping” just as we do on dirt tracks, we move backwards and forwards depending on the steepness of the terrain. Ah, by the way, with the snowbike (with all due caution) we also ride in fresh snow! There shouldn’t be too much of course, otherwise you risk sinking into it. 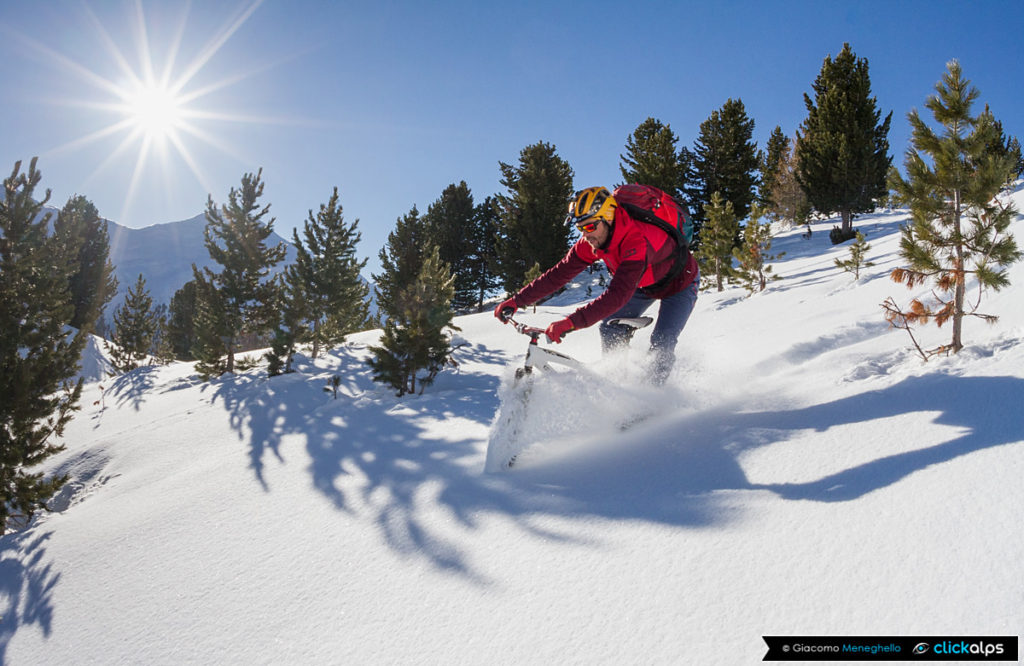 For the last two years, we have had two snowbikes available that we use for our riding lessons: in two hours a rider that has minimum skills in riding a bike (or motorbike) will learn the basics on how to stop and the better riders will be able to steer the bike while standing up on the foot-stands. 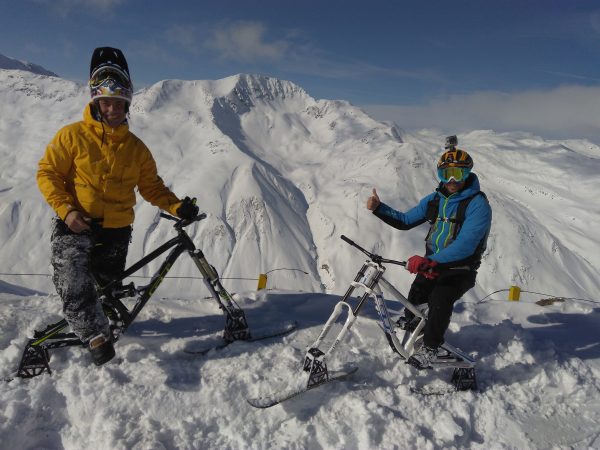 JOIN US FOR AN ADRENALINE-FILLED EXPERIENCE TOGETHER!

2018 All rights Reserved Bikelivigno.com | Made with ♥ by Gdmtech Web Agency.