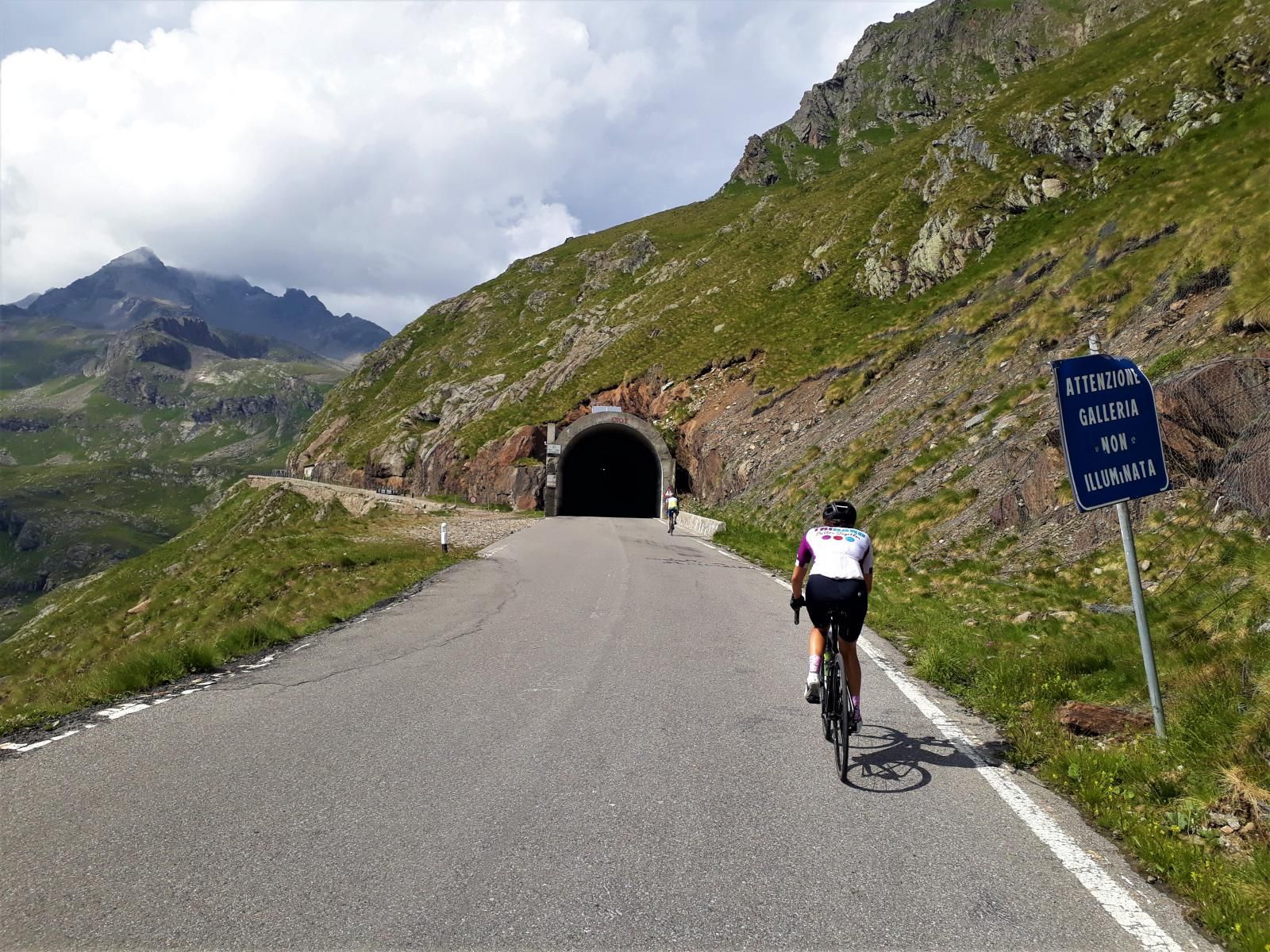 This classic one-of-a-kind tour, with its two epic climbs has been tackled several times during the Tour of Italy.

Given the difficulty and length of the route, which would be excessive from Livigno, we will start and finish this tour in Bormio, arriving there with own transport or with a shuttle service.

We start by going down the old SS38 for 30 km until we reach Mazzo di Valtellina, where we begin our climb up the Foppa Pass, better known as the Mortirolo Pass (a more classic one, as there are actually two other versions on the Valtellina side). It involves killer gradients with some as steep as 18% over a distance of 12.4 km and  1300 m of height gain.

The real challenge will be to pedal the entire climb without ever setting foot on the ground, so prepare a suitable set of sprockets to reach the summit!

Once we reach the pass, after the traditional photos, a pleasant descent on the Brescia side takes us to Monno, in Alta Val Camonica.

A 14 km relatively flat stretch will take us to Ponte di Legno (1258 m) where we can enjoy a quick (and not too heavy!) lunch. This is where the second and final ascent of the day begins: the Gavia Pass.

The climb is 17.8 km long, with a maximum gradient of 16%. The Gavia certainly doesn't have the same gradient as the Mortirolo, but it has to be said that we'll be tackling it at the end of the day, after the Mortirolo, and so, in order to reach an altitude of 2621 m, you're definitely going to feel fatigued!

However, the satisfaction of reaching the summit is beyond words: today we managed to accomplish two of the most epic climbs in cycling history.

Now we just have to face the descent to Santa Caterina Valfurva (with due care, given the narrow road and the amount of blind bends) followed by the final, slightly downhill stretch, to Bormio. 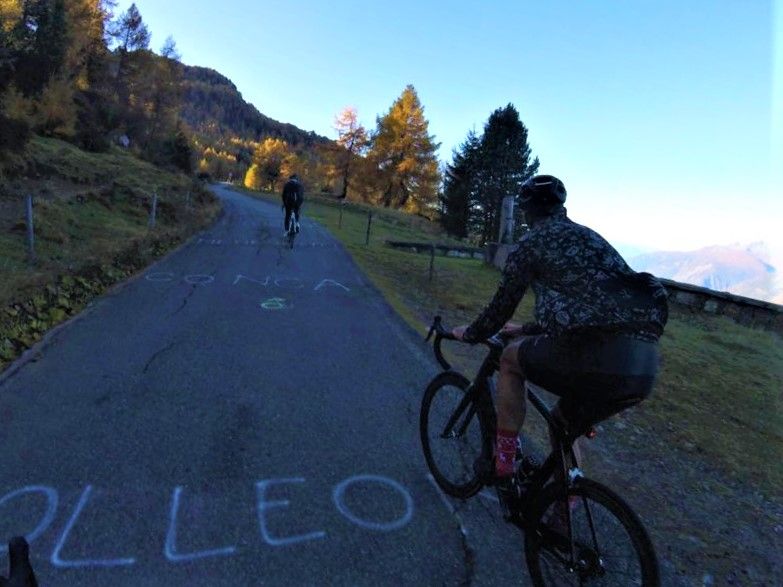 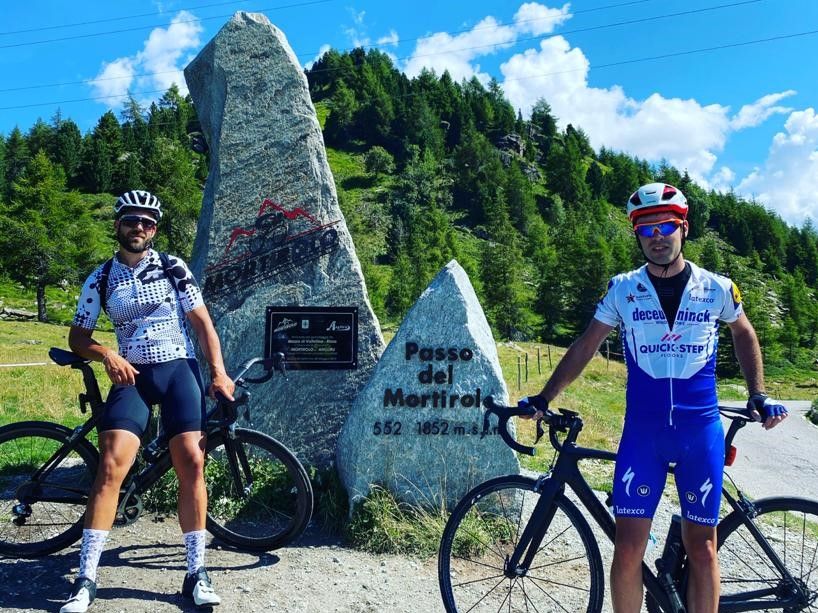 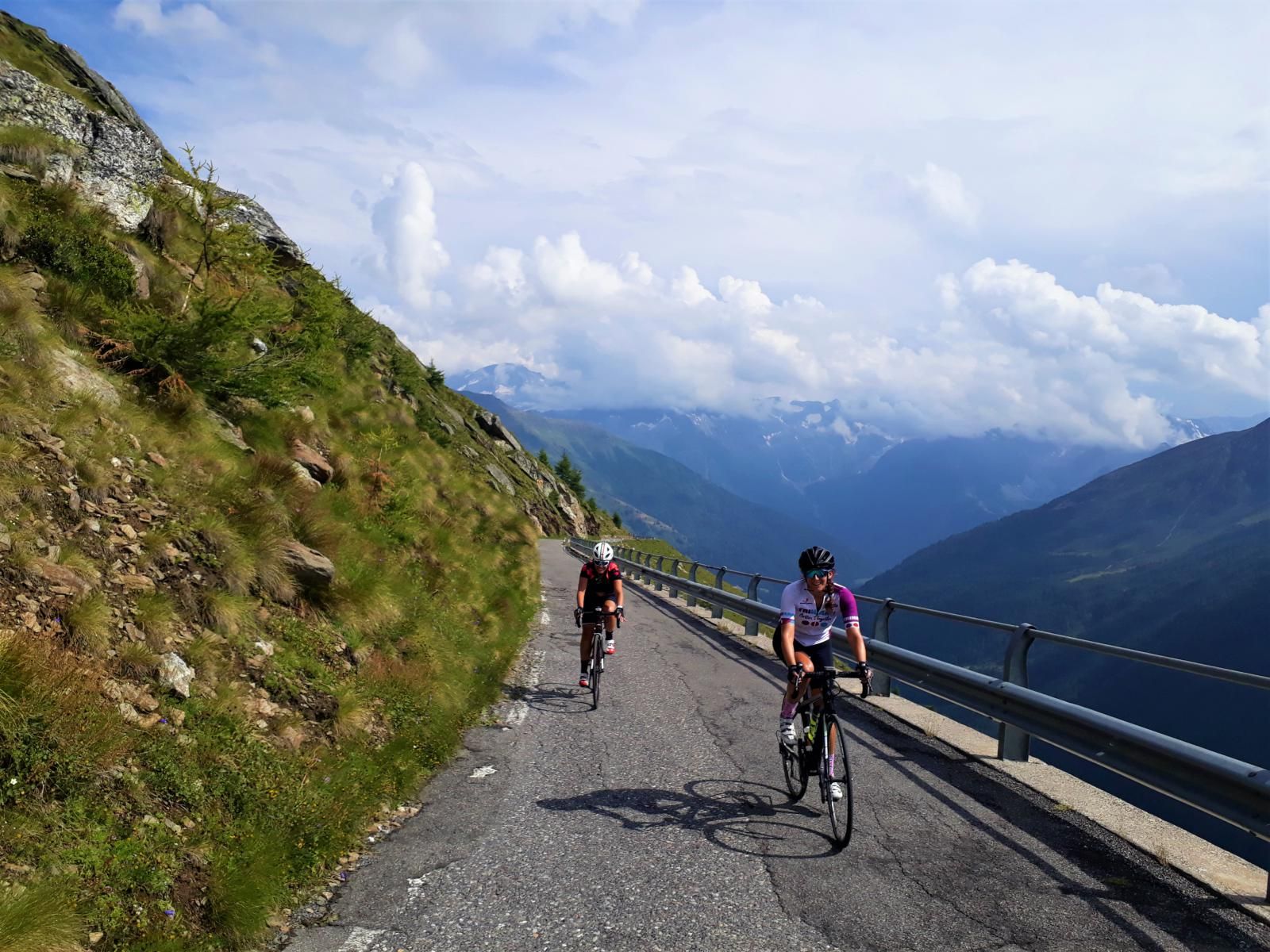 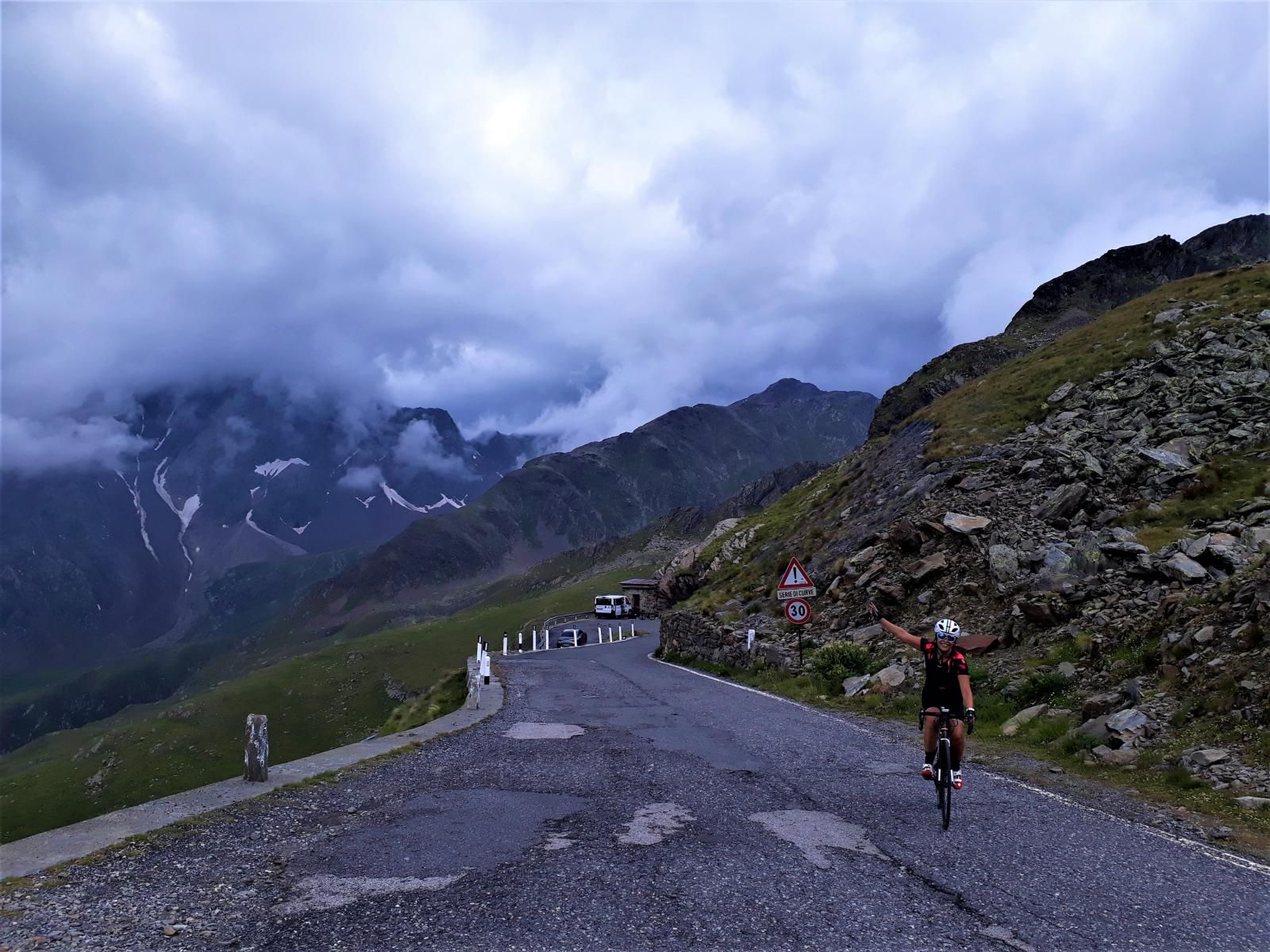 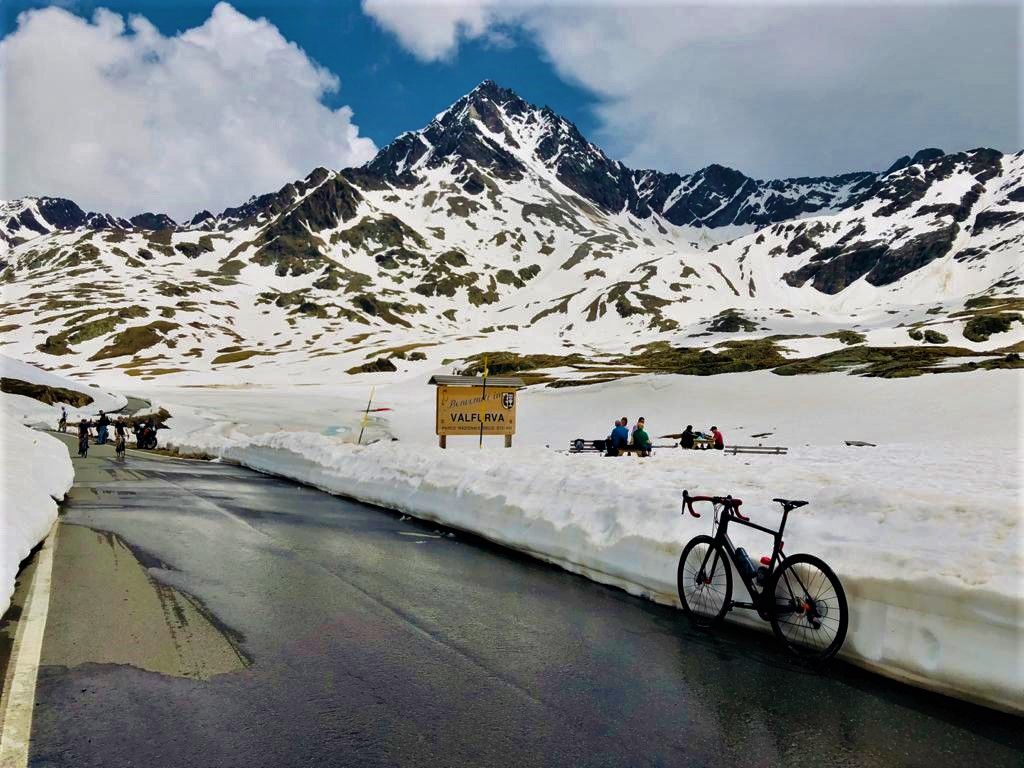 Made by Gdmtech Web Agency.